For the past three consecutive weeks, we've been to see the doctor on Friday. This is quickly turning into an expensive trend, but we can't seem to get Alex well. Two weeks ago today was the trip that diagnosed him with bacterial conjunctivitis, which we managed to conquer. Last week, he was diagnosed with an ear infection and croup presenting asthma, so we had to get a nebulizer and start giving him daily breathing treatments. Thursday around 3 in the afternoon, when I got Alex up from his nap, I noticed that he seemed unusually warm. I took his temperature and found it to be 101.9, so I gave him Tylenol and we called the doctor's office. It seemed strange to me that he would be running such a high fever considering that we had just finished a round of antibiotics that were prescribed last week. The doctor wanted to see him today, and upon looking in his ears realized that the infection was still rampant. He gave us a couple of options: We could get an antibiotic injection today and then follow it with another round of oral antibiotics, or we could take a series of three injections (today, Saturday and Monday) which is a bit more aggressive. I opted for the latter in an effort to nip this thing in the bud. It seems to me that Alex has been sick off and on for more than a month now, and since illness generally precipitates foul moods, he has also been quite difficult to get along and live with.

Tomorrow, we are going to make our best effort to let Alex take a train ride on the old Tarantula in Grapevine as a part of Grapefest. Hopefully, he'll feel up to it and have a good time.

Teagan's doing well, and I entered her picture in a photo contest. I'll let you know if she wins! 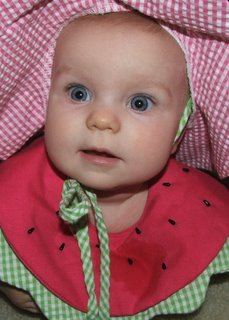 Posted by Kellie Siekierski at 8:52:00 PM No comments:

We were very saddened when we awoke Monday morning to hear that Steve Irwin (The Crocodile Hunter) had been killed in a freakish accident while snorkling at Batt Reef off the coast of Northeast Queensland. He was one of my favorites, and it feels like a friend has passed. 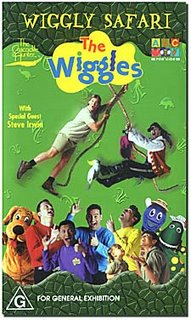 Posted by Kellie Siekierski at 7:51:00 PM No comments: